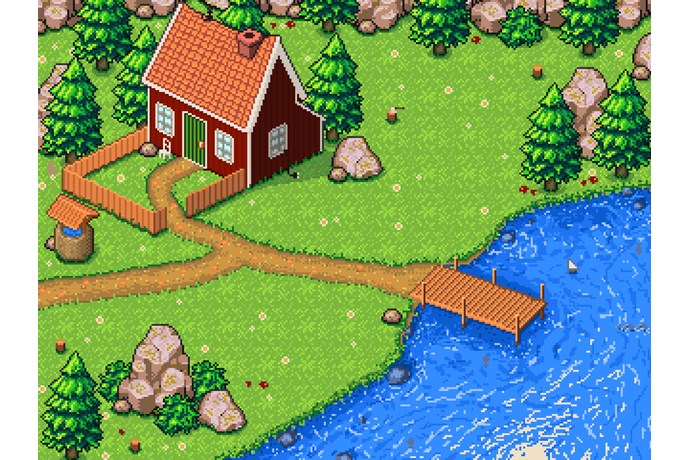 The prize will recognise a winner that has set a very good example in their sector and so contributed to strengthening internationalisation and exports, and whose activities have helped to increase Sweden’s visibility abroad. The winner will be announced by Minister for EU Affairs and Trade Ann Linde at an award ceremony on 24 May.

The following creators and companies are nominated:

It all started in 1997 when designer Jonny Johansson made 100 pairs of jeans with red seams. Today, Acne Studios has 47 of its own stores throughout the world and its collections are sold via its own eCommerce platform, retailers and department stores. Acne Studios has in an exemplary manner contributed to the development of Swedish fashion and trade through its global efforts, which greatly helped to put Sweden on the world map. It has a global reach and the clothes convey everything from high quality design to creative marketing and innovation. Its campaigns promote gender equality and anti-racism and it is a member of the Fair Wear Foundation, which helps it to monitor and improve working conditions in the factories where its products are manufactured. In 2017, it established its own channels – both its own stores and its own eCommerce platform – in the important Chinese market. During the year, Acne Studios also opened seven new stores around the world – in Sydney, Tokyo, Hong Kong, Beijing, Milan, San Francisco and London. The combination of creativity, entrepreneurship and strong focus on business processes has created a global company that is growing with good profitability. Acne Studios is a worthy representative of Sweden, Swedish fashion and international trade.

Frida Fjellman belongs to the small but exclusive group of Swedish craftsmen who have been fêted by both Art Basel and Design Miami. To be noticed by these two internationally renowned leading platforms for contemporary art and design in 2017 shows that Frida Fjellman has created her own space in contemporary visual and design arts. Her innovative interpretation of the classic chandelier has received wonderful reviews in global media and was honoured with a solo exhibition at Hostler Burrows Gallery in New York. Frida Fjellman possesses a unique and bold talent that she fearlessly uses to shift the boundaries for Swedish handblown glass and glass arts on a global stage. Frida Fjellmans courage transports her – and the beholder – far away from typically Swedish, unobtrusive minimalism and shows a brave personal interpretation of a future Swedish aesthetic which has welcomed the outside world. Without ever having lost her Swedish historical context. Frida Fjellman’s work is represented at leading institutions including the Nationalmuseum in Stockholm, Ebeltoft Glass Museum in Danmark, Röhsska Museum in Gothenburg, and the American Museum of Glass in New Jersey. She has been designing products for Kosta Boda since 2016 and her work is sold by Kosta Boda stores and its international partners.

Sami Blood is the first feature film with dialogue in the South Sami language. The film portrays the Sami minority’s struggle and the main character’s difficult choices and sacrifices in 1930s’ Sweden. The film has enjoyed international success and been screened at more than 100 film festivals across the world on all continents. Sami Blood has received several prestigious awards, including the European Parliament’s LUX Film Prize, which went to a Swedish film for the first time. Receiving the 2017 LUX Prize enabled massive exposure of Sami Blood in the EU, and the film was screened in all 28 EU countries at LUX Film Days and was subtitled in 24 languages. In connection with this, Sami Blood was shown in more than 60 European cities via film festivals, and distribution was expanded to countries such as France, Germany, Austria, Greece, Croatia and Slovenia. The film also received the Grand Jury Prize at the Seattle International Film Festival, one of the biggest film festivals in the United States, and has been screened at the biggest film festivals in Berlin, Venice and Toronto, as well as the Sundance Film Festival in Utah. Swedish embassies in many countries around the world have organised screenings of the film, followed by discussions. In addition, Sami Blood has been sold for cinema distribution and television broadcast to several countries, including Australia, China, Cyprus, Slovakia, Norway, Denmark, Finland, Iceland, Afghanistan, Albania, Algeria, Japan, Belgium, Germany and Canada. The film is available on iTunes, Google Play and Amazon, and has been sold for screening by airlines around the world.

String Furniture AB
String is the mother of all bookshelves. Smart and functional, with flexible possibilities combined with fine design. The String bookshelf was designed in 1949 as an entry to a competition held by the Bonnier publishing house, but its real breakthrough came after the Helsingborg Exhibition in 1955. In 2005, production of Nisse and Kajsa Strinning’s classic bookshelf was taken up once again when Pär Josefsson and Peter Erlandsson entered the picture and relaunched the bookshelf. After five years, turnover in their company String Furniture rose from almost zero to SEK 26 million. In 2017, they had a turnover of SEK 202 million. The products are manufactured in Sweden and the company has 22 employees in Malmö and a large number of agents around the world. The company cooperates with various designers, including Mats Theselius and Björn Dahlström/Anna von Schewen. Today, the company sells its products in more than 40 countries. In coming years, the focus on international expansion will continue. Sweden accounts for almost half of the turnover, and from 2017 the export market began to overtake the Swedish market. In 2017 (with sales beginning in 2018), String is targeting the UK and US markets, through new agreements with major retailers such as DWR (US) and John Lewis (UK), and Asia with the help of its own employees in China and a subsidiary in Japan.

Oskar Burman, Jana Palm, Tommy Palm and Karl Magnus Troedsson for ‘Stugan’
By highlighting something that is uniquely Swedish, Stugan (cottage) is creating an international creative meeting place that is resonating across the world of video games. In a red cottage in a forest in Dalecarlia, some 30 game developers, divided into a dozen teams, spend a Swedish summer with swimming, midnight sun and mosquitos. They gain the peace to work on their game projects and receive inspiration from their peers and guest lectures from some of Sweden’s and the world’s most knowledgeable gaming profiles. Stugan was founded by the Swedish seasoned game developers Oskar Burman, Tommy Palm and Karl Magnus Troedsson as a way of giving new game developers the same creative freedom they themselves enjoyed during their school holidays, when they laid the foundations of their successes in video games. In total, the founders’ games have reached almost one billion players. Stugan is entirely financed by donations and the participants retain all the rights to their games. Since the first time Stugan was organised in 2015, international prizes have been awarded to several of the games, including _PRISM and GoNNER. The participants in Stugan are called ‘Stuganeers’ and come from all over the world, including New Zealand, Kenya, Mexico, the EU and the US. Stugan has been highlighted in Swedish and international press, and a Netflix documentary is currently in the works. Stugan ends with an exhibition of the participants’ games at the National Museum of Science and Technology in Stockholm. Jana Palm is Stugan’s artistic and commercial director – video games emphasise implementation rather than the idea, and Jana Palm shows that the same applies to Stugan. The name Stugan comes from the first commercial release of the Swedish video game Stuga from 1978. Stugan demonstrates the best sides of Sweden and the creativity of video games in a warm, unexpected and generous manner.