Shared challenges are best solved together

The digital event “Pioneer the Possible: Becoming the World’s First Fossil Free Welfare State” brought Swedish and international companies, decision-makers, and true pioneers together to discuss various aspects of global cooperation on the climate challenge. The participants all called for action, pointing out that collaboration and acting fast is key. 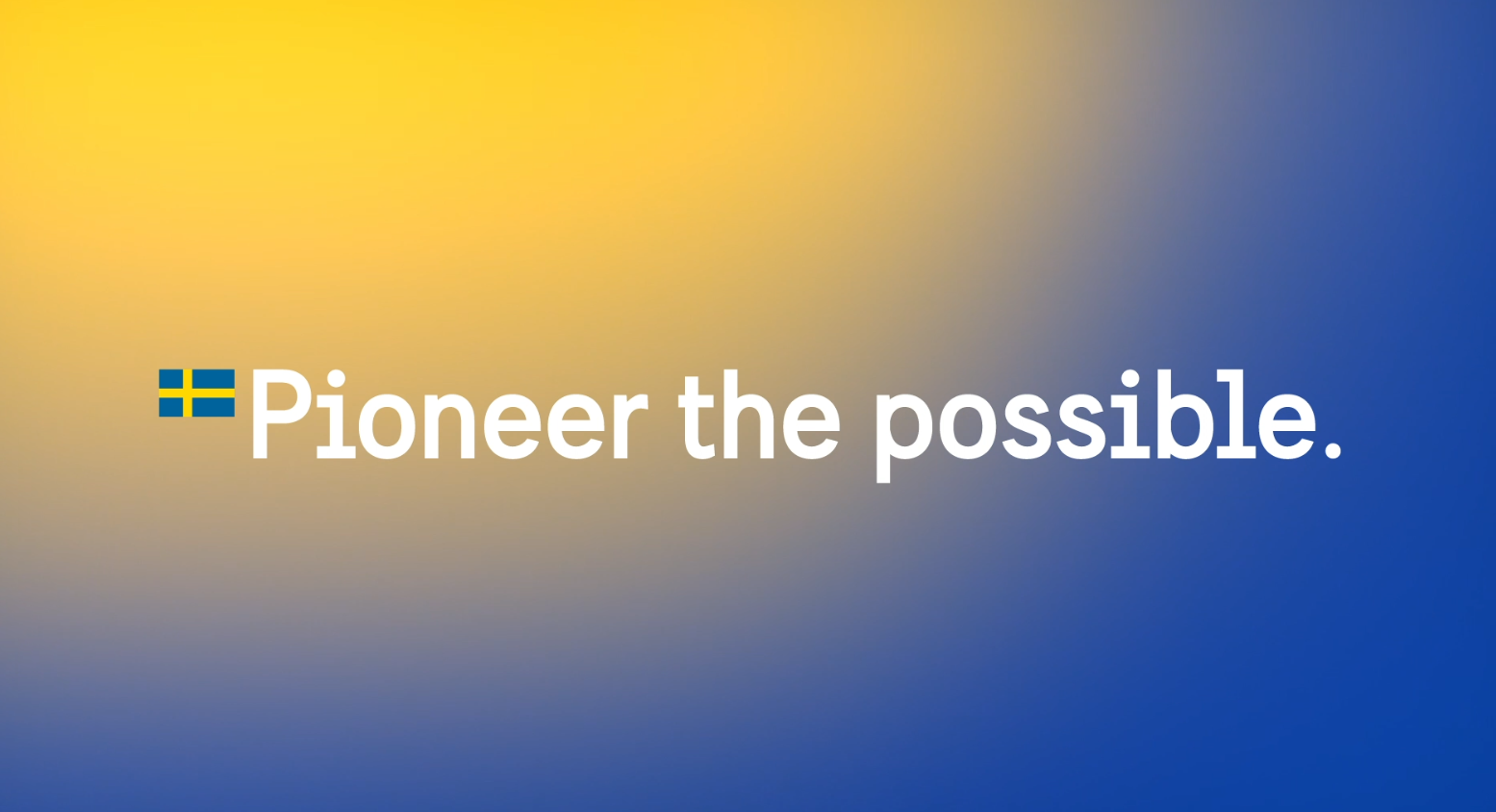 In June, the communication concept “Pioneer the Possible” was launched to promote the power of Swedish innovation and export – now is the time to get the ball rolling. As a starting signal yesterday, Business Sweden and Swedish Institute hosted a high-level, digital event for international companies and decision-makers to address how they aim to tackle the urgent climate challenges.

“As late as 1989, few had heard of the Internet. At the time we couldn’t imagine a smart phone, let alone a vehicle without a driver.” Karin Ebbinghaus, CEO at Elonroad, put things in perspectives reminding us of how fast things can change when people get together and decide to pioneer the possible.

Swedish entrepreneurs, inventors, researchers and policymakers have a proud record of joining forces to develop bright ideas with life-changing power – from social reforms to nimble unicorns.
With the aim to manifest Swedish companies as leaders in the green transition and reach international decision-makers who share the desire to achieve the climate goals, the digital three-hour long event gathered true pioneers around the world who shared their experiences and insights.

Among the many distinguished speakers were Per Bolund, Swedish Minister for the Environment and Climate and Deputy Prime Minister of Sweden, and Ulrika Modéer,Assistant Secretary General and Director of Bureau of External Relations and Advocacy at the UNDP, as well as representatives from Alfa Laval, Einride, Electrification Coalition, ElonRoad, Ericsson, Fossil Free Sweden, Hexicon, Hitachi ABB Power GridsNorthvolt, NYC DoT, NYSERDA, Skanska, Vattenfall and Volvo Cars.

The participants discussed various aspects on the climate challenge, such as Sweden’s aim of becoming the world’s first fossil free welfare state, how industries can lead green transition and how to drive the evolution of renewables and electromobility forward.

Madeleine Sjöstedt, Director-General of the Swedish Institute, opened the session and spoke about the opportunity to make new contacts for a sustainable future, followed by Jan Larsson, CEO of Business Sweden, highlighting the fact that the climate is one of three global challenges, including digitalization and inclusiveness, and that Sweden has an important role to play in all three.

Sweden can lead the way and make others follow

Per Bolund reminded us that climate technology, digitalization and inclusion are some of Sweden’s top strengths and that Sweden can act as a role model when it comes to tackling the climate challenge. “The government has increased its work and can make the transition possible”, he concluded. This was later exemplified by Krister Nilsson, State Secretary for Foreign Trade and Nordic Affairs, who pointed out that “combating climate change and decreasing emissions is now part of both the business and the welfare model”.

Sweden’s role in tackling the climate challenge was also addressed by Jonas Otterheim, Head of Climate Action at Volvo Cars, who stated that “the Swedish ambition has made it easier to make us deliver at our ambition.”

Ulrika Modeer noted that Sweden can act as a positive example highlighting that Sweden has had its “ear to the ground” for a long time and that now it can be seen that other countries are following suit.

While some participants mentioned the need for supportive policies and legislation, such as incitements and subsidies, Andreas Regnell, Head of Strategic Development at Vattenfall, argued that legislation must not be a decisive factor. “There are companies sitting around waiting for policies, and waiting until you get paid or see the results can be dangerous”, he said.

Speeding up the speed of change

The participants were united by the conviction that it’s time to call for action across sectors and regions. Per Bolund emphasized that time is up and we all have to start running. “Standing still in a moving world is not an option, it’s dangerous”, he continued. Bolund’s key advice was shared by Carl-Erik Lagercrantz, Chairman on the Board at Northvolt, who claimed: “You have to run as fast as you can into a decarbonizing value chain.”

“There’s no time to sit and wait for the Kodak moment”, someone remarked.

It might actually be as simple as Svante Axelsson, National Coordinator for Fossil Free Sweden, put it: “If you don’t move now – you’re not part of the market”. It is just as much a change of mindset as anything else, and business leaders can pave the way forward.

Collaboration is needed to make leaps

Jonas Otterheim summed up the overall opinion as he stated: “It’s all about cooperation”, adding that it is economically unsustainable not to be sustainable as a company. “Pioneering a sustainable future is about surviving. But people seem to be afraid of the costs. That’s why it’s important to share the benefits of living in a fossil free society.”

To summarize the three hours in one sentence: Now is the time to team up in partnerships and collaborations to pioneer the future.